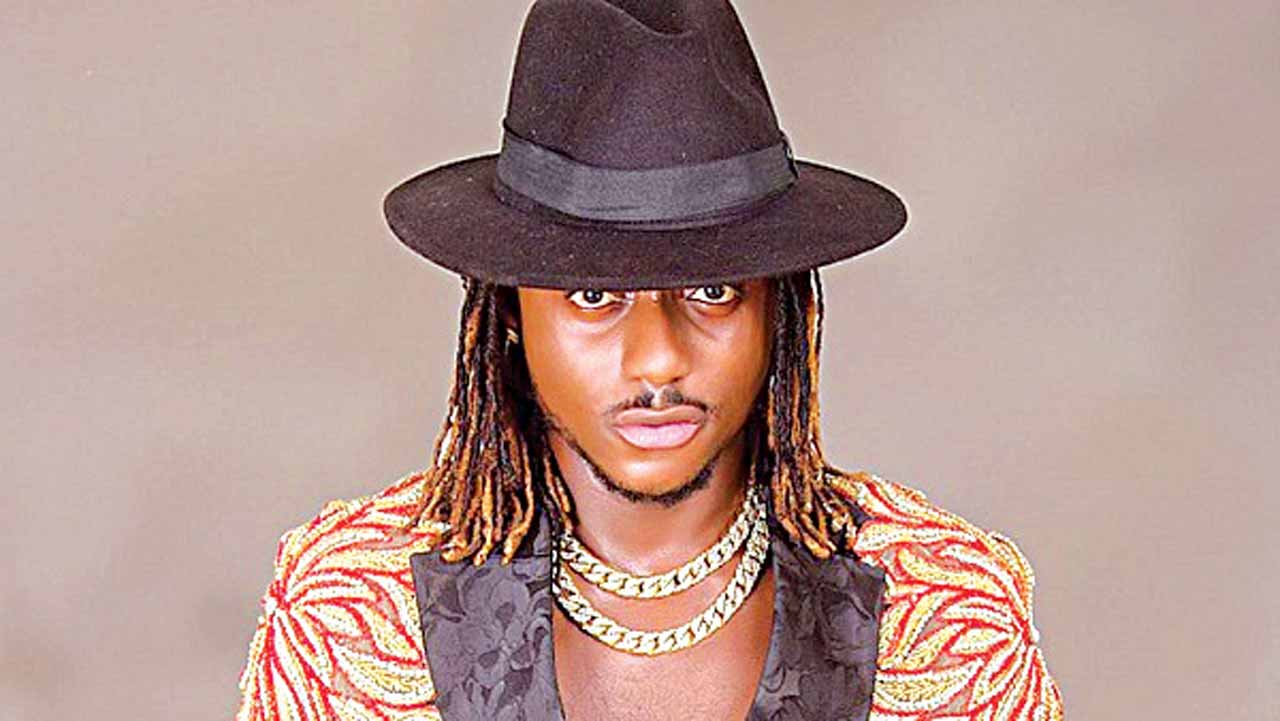 Just when many had started asking of his whereabouts, Akpako Master, Gabriel Oche Amanyi, otherwise known as Terry G in the entertainment industry, is back. The Free Madness crooner has signed a new investment deal with Ogbuefi Udochukwu’s Basic Entertainment, which will see the artiste work with the outfit for three years.

Speaking at the singing ceremony held at the Basic Entertainment’s office in Lagos, Udochukwu popularly known as The Fire hinted that the outfit resolved to have a working relationship with Terry G, which he said would benefit both parties.

“The reason why we are here today is to sign an investment deal with Terry G. Basic Entertainment launched last year with Skull Feez and Elgoveen; we are still new in the game. So, bringing Terry to our family under investment deal is something that will profit both sides. Terry is already a brand, but the Basic Entertainment Label needs to rebrand his brand and return him to the limelight. If you look at it, his style of music is trending right now, so, we are very glad as a company to sign this investment deal with Terry G,” he said.

On his part, Terry G, who arrived the venue with his management team, including the CEO of Ozone Media, said the agreement would help him push his music to the next level.

“We want to move forward and by end of the day, we have to do so with a team; you cannot achieve anything in your life without teamwork. We have somebody that is supporting us genuinely, not just as a businessman, but we have a relationship. Nevertheless, we would not disregard the fact that this is a business relationship. That’s why we are coming to terms with the business and also making the world know that this is our mission,” he said.

On how the deal will benefit his brand, Terry G explained, “it is not about benefiting me; it is about benefiting us. I already have the benefits; I’m a brand. All I need is to enhance our movement and make sure we are bound by an agreement that would keep that intact.”

As for his fans, who are yearning for his return to active music, the dreadlocks-wearing singer said, “The fans are waiting; they are salivating. It’s better not to put up content and people are disappointed in me than people anticipating. Once there’s an investor involved, there is also a side to benefits.”

Though the exponent of Free Madness, it seems Terry is coming back in a different way this time around.

“In life, we grow. Once we are of age, we grow by evolving; we don’t expect to be stagnant in whatever positions we are. We always expect promotions and by God’s grace, I have given birth to children. Actually, I was the one that started the whole ‘madness’ thing that was highly discriminated then. At the end of the day, I sang it and I prophesied it that ‘this is the nonsense that would make sense.’ That time, nobody knew my aim; I just wanted to niche a style. But you can’t just keep doing the same thing. Right now, I’m of a difference. What is happening right now is what you guys have discriminated and criticized me for in those days. You should also come back and understand me that I didn’t know what I was doing; I was just taking a risk.”

Asked if he feels he came too early in the industry, he said, “At a time, Jesus Christ came. After Jesus Christ, other people came. We are all of different values; different gifts and different positions. By God’s grace, we would all achieve it; it’s possible to set a pace. The reason I’m very comfortable is because, when I was taking time to reach that ‘trash’ that everybody does now, it was quite difficult for me; I have never been endorsed, I have not had any share from this game. By God’s grace, my humility, even if you see me as a crazy guy, the corporate people would see the calm side of me. That has been keeping me going.”

He continued: “Let me tell you about tomorrow; the music is growing wild. I started drawing my inspiration from when I used to go to people’s house(s) to watch MTV Base from windows; that was the area I came from. Nobody inspired me; I got exposed from what I was seeing. I just wanted to be better. I’m just the reason for what is happening right now; I’m the Jesus of Nigerian music; I’m not the Christ, but Jesus is a name. For the fact that Jesus is the most popular name that died and sacrificed for all of us, I think it took me a while to take this risk that a lot of people discriminated me for. Now, they see people smoking and doing stuffs, but nobody is talking. We must understand that all these things we are discriminating is not the issue; the issue is what you do off what is affecting you. The industry is not gospel; the industry is secular music, so, let’s evolve.”

On the recent online comparison between himself and Naira Marley, he said, “The reason I don’t get carried away is because I think about leadership; don’t think about your followers. The same people listening to you are listening to me; your fan is my fan. The day you understand that this music is a game, you would know how to flow with everybody. It is just about being current. So, Naira Marley being compared with me is just that he is trying to archive my image, based on who I am. So, anybody that acts crazy is likely to be rated with Terry G.”

As for international record labels, who are now looking towards Nigeria for music deals, Terry G said, “They are not big giants; they are hustlers. I denied Sony Music; I denied it, bros e no pay. We are international. As long as you are a celebrity in Nigeria, you are international. Once they invite you out there, you are international; it just depends on how you portray yourself. It wasn’t really an experience; they call it orientation. Before you put your hands on the paper, you should be sure; you shouldn’t be pressurized. When lights are shining on you, those lights would shine on you forever.”

All through the time he was absent in the music scene, Terry G was actually fathering his son, who is schooling in the United Kingdom.

“He’s seven years old now; he’s in both Chelsea and Arsenal academies. I actually wanted to play football before; I was at the Pepsi Academy. But by God’s grace, music is it for me. My son has that zeal for football and I love it; that’ where I’ve been focusing on. If you born pikin and you wan still dey compete with your pikin you are not on point. Your child should be greater than you. So, if you are smart enough, you should understand that once there are new kids on block, you should just chill,” he said.

Obviously, Terry G is excited about his working relationship with Basic Entertainment.

“I’m so excited because, trust me, I’m not working with strangers; I have been with these people for decades. They know me; they know my mistakes. The first money you have in life, you just spend it anyhow. My fame was quite interesting in that I didn’t enjoy it because I was full of pressure and controversy.

Trust me, you guys would never regret it,” he assured.

Davido is getting married to Chioma, introduction ceremony held

CoronaVirus: If you're a Nigerian in China, stay there for now...

Gokada and Max.ng Make Case for Exemption from Lagos Ban

The Ethics of Epidemics: Philosophy Professor Examines Response to COVID-19